With the goal of creating a tool that can help security professionals and developers to test their CAPTCHA schemes, I conducted a research on over 200 high traffic websites and several CAPTCHA service providers listed on Quantcast’s Top 1 Million Ranking Websites.

During the same time frame, students at the Stanford University also conducted a similar research (PDF). Both research works concluded the obvious:

An alarming number of CAPTCHAs schemes are vulnerable to automated attacks.

I looked around, tested and zeroed in on Tesseract-OCR as my OCR engine. To remove color complexities, spatial irregularities, and other types of random noise from CAPTCHAs, I decided to write my own image preprocessing engine. After a few months of research, coding and testing in my spare time, TesserCap was born and is ready for release now.


TesserCap is a GUI based, point and shoot CAPTCHA analysis tool with the following features:
An example TesserCap image preprocessing and run on Wikipedia (Wikimedia’s Fancy CAPTCHA) is shown below: 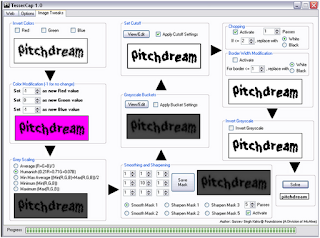 TesserCap and it's user manual can be downloaded from one of the following locations: 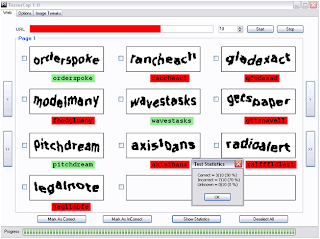 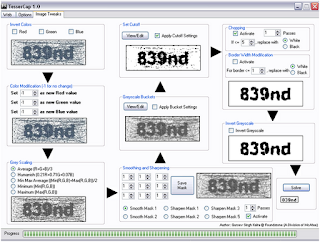 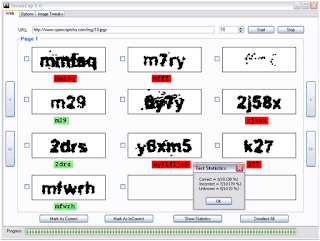 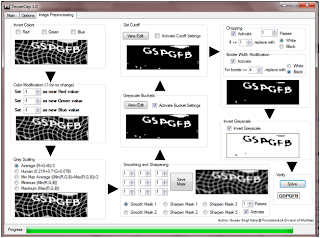 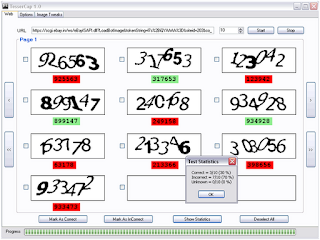