Considerations for the Social Web

“I really need to comment on this Vimeo video…”
“It’s time to look for a new job, let me get on Workstir…”
“Let me point out the irony in this CNN Money article…”
“Everyone is raving about Spotify, I need to check it out…”

This is a typical ‘Netizen’ maintaining tens of user accounts on the Internet and refilling the same information every time on account creation. Every new account creation is a task, and brings added responsibility of remembering another set of usernames and passwords. For the site itself, account creation is an impediment to gaining users, on top of the technical and security challenges of maintaining an authentication system and storing sensitive user data.

In past few years, there have been multiple efforts to solve this problem. There is a major shift occurring in the way users authenticate and interact with different properties on the Internet. The concept is straightforward – If a user has an account on another site which is willing to authenticate the user for me, why require him/her to create a new account on my l33tgadgets.com. In addition, if that site stores users’ contacts, likes, associations etc. I can request access to them to provide a more social experience.

The idea is akin to a Single sign-on (SSO) in some ways, which is very common within an Intranet environment. SSO is an access control technique in which multiple entities delegate their user authentication to an ‘Authentication Server’ thus enabling the users to keep a single identity referred as ‘Federated Identity’. On the Internet, various email and social media sites amongst others are offering to be ‘Authentication Providers’; Facebook, Twitter, Google and Yahoo being the most popular.

A key difference to note from the standard Intranet SSO concept is that ‘Authentication Providers’ for the Internet have to allow integration of entities that they have no control or oversight over, and no trust relationship with. In addition, the primary standards currently used by the Authentication Providers - OAuth , OpenID (likely to be updated to OpenID Connect), and ‘Facebook Connect’ , are in their evolution phase. These aspects bring unique security challenges which I’ll be discussing in a series of blog posts. Readers are encouraged to study the references for the three standards mentioned above.

UI Redressing – Write on my wall

UI Redressing, widely known as Clickjacking, is an instance of a ‘Confused Deputy’ vulnerability where the victim is tricked into performing sensitive actions (mouse clicks, keystrokes) on an authenticated site by hiding it behind another web page which is under attacker’s control – think ‘Click here to win an iPad’ overlaid on a ‘Delete account’ button. 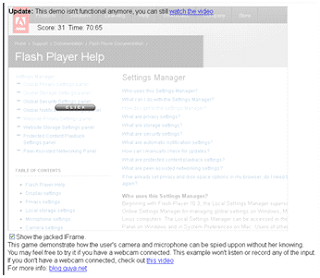 Figure 1: Figure shows UI redressing over the Adobe Flash
Player Settings Manager
UI Redressing shot into limelight with the Adobe Flash vulnerability which allowed tricking a user into enabling his webcam in the Flash plug-in settings. The exploit in Figure 1 although non-functional, helps envisioning the attack. Note the Flash player settings captured inside an IFRAME and a ‘Click’ button overlaid on top.

Any sensitive functionality on an application such as ‘delete all emails’, ‘mark photos public’, ‘add a friend’ is a good candidate for UI Redressing attack. Note that victim actions are not restricted to clicks alone, and as this blog post excellently describes, there are multiple other techniques such as dragging text into the victim application and capturing keystrokes via browser behavior or exploit. Clickjacking thus, is a misnomer, and ‘UI redressing’ attack is a more appropriate term. 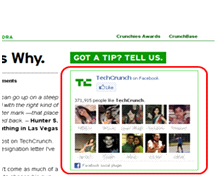 Figure 2: Figure shows Facebook’s ‘like’
and ‘facepile’ plug-ins
UI Redressing has been around for a while and with Globalized Identities it gets more potent. Take for example Facebook Connect. Many popular sites around the web, now automatically connect your Facebook profile to their sites . This ‘Connect’ can take many forms ranging from simple ‘likes’ and ‘facepile’ of your friends (who like that site) to more interesting features such as sending messages and making comments. 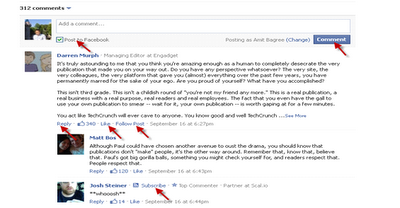 Figure 4: Figure shows the Facebook ‘Comment’ plug-in along with other exposed features
In pre-Facebook Connect days if attackers needed to trick a user to perform a function on his/her Facebook page via UI Redressing it meant attacking Facebook directly. And to Facebook’s credit they implemented Anti-Clickjacking measures. However, now with the ubiquity of such Facebook Connect features on the web the attacker needs to capture just one of these sites to perform the attack. These sites are likely to have much weaker if any Clickjacking protection. As per a Stanford study, not a single top 500 website had adequate defense against Clickjacking. Considering the fact that there are over half a million Facebook users and social engineering attacks are fairly successful, it is easy to imagine a rise in UI Redressing attacks ranging from unintentional and potentially damaging comments to a viral video for profit. The attack leaves a lot of room for attacker’s creativity.

The naïve example below shows a news site with Facebook ‘Comment’ plug-in, captured in an IFRAME persuading a user to reveal sensitive information. The frame is kept partially opaque but an attacker would of course keep the opacity = 0. Also note that you can tag Facebook users using the ‘@’ symbol.

Figure 5: Figure shows a news site captured in an IFRAME.

As a general principle of Information Security, a diversity of measures should be used for protection.

Big thanks to Patrick Bogen for the technical review!
Posted by Unknown at 7:00 AM