Over the last few months on web application penetration tests, I've come across scenarios where I would need to create a hash for whatever reason. Unfortunately, Fiddler does not have a built-in hash calculator and I couldn't find an already existing Fiddler extension that would do this. I'm a big fan of Fiddler, but I would have to use another proxy like Paros, Web Scarab or Burp just to calculating a hash. So, I wrote this extension that adds the capability to create hashes (MD5, SHA-1, SHA 256, SHA 384 and SHA 512) from within Fiddler itself.

Once installed, the extension can be un-installed from the standard Windows “Add/Remove Programs” snap-in.

Once installed, the extension can be invoked by launching Fiddler. The tool menu item “Tools -> Hash Calculator” launches the extension. The following screenshots indicate the same: 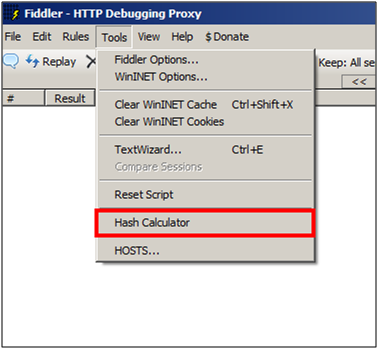 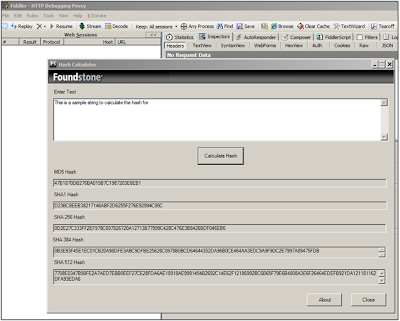