By Tony Lee and Matt Kemelhar.

Navigating Windows in the most efficient manner possible can be seen as wizardry-- it almost seems as if Microsoft tries to make it increasingly more difficult to accomplish simple things. However, there are plenty of very useful tricks and shortcuts built into Windows, the problem is they are not publicized very well. Students in our Ultimate Hacking Courses usually find these Windows tips useful, so we figured we would share them.

If you thought “doskey /history” was cool—this is even better and more useful. Function keys help control and recall the command history in Windows. We have noted the most useful keys and their function below. Try them out for yourself. 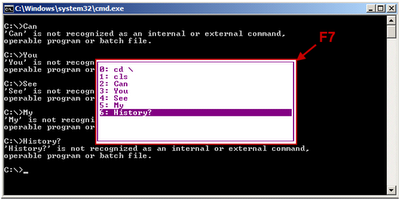 F1 – Letter by letter repeat of the last command

F2 – Retype letters up to a certain letter

F4 – Delete characters from the cursor up to a certain character

F5 – Scroll up through command history (same as up arrow)

F9 – Enter the command number you would repeat

mode – adjusting the size of the command shell

This is often very useful when running commands whose output extends beyond the 80 character default width of the unaltered command shell.

This screenshot shows you what it looks like to expand the window quickly with mode. 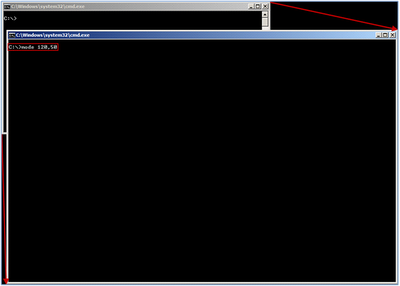 This is very useful when setting different color shells to indicate different functionality. 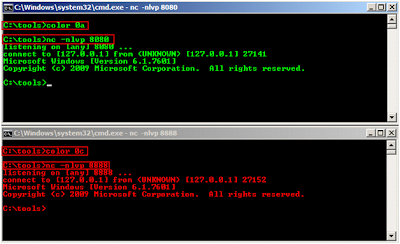 Title - Sets the window title for the command prompt window

This is also useful for labeling your windows with a title that is easy to remember and descriptive of what you are working on.

findstr searches for strings in files [or anything else]. If you wanted grep in Windows, you got it. findstr has been present in Windows since XP and 2003. It accepts regular expressions and can search case insensitive (/I). One of our favorite ways to use this command is for filtering—especially long lists such as process listings and listening ports.


write - the greatest shortcut ever

Prefer WordPad over Notepad at times?

Ever wanted to dump the contents of a particular directory or structure to a text file? tree is the way to go—it is fast and recursive. The “/F” attribute will list the files in addition to the folders—leave it off and you just get the folders. "/A" is useful if you are sending output to a text file or other document.

type - when you can’t spare the GUI

If you live in the command line and don’t want to spawn a graphical text editor to read a simple file, you can always “type” the file. This is similar to “cat” in *nix. If you need to read larger documents, it can be piped to more or just use more to read the file in the first place.

Those are some of our favorite tricks to make Windows more convenient to use! Hopefully there was at least one trick here that is new for you.

Do you have any tricks that amaze others? Share them in the comments below!