By Brad Antoniewicz and Tushar Dalvi. 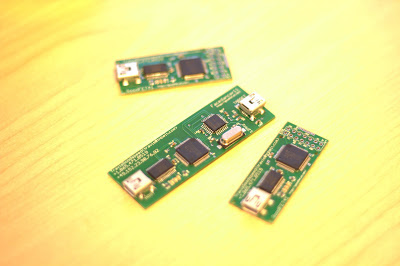 At Recon 2012 Travis Goodspeed and Sergey Bratus released the Facedancer, an extremely flexible piece of hardware for emulating and tinkering with USB devices. Although the Facedancer is very much it's own device, it evolved from another one of Travis Goodspeed's projects, the GoodFET, which is his own customized Flash Emulation Tool debugger for the MSP430 microcontroller.

The PCBs for each device can be ordered online however, the devices are not currently available pre-assembled. So if you want to play with them, you'll need to learn how to solder! Although some may see this as a pain, I personally love it and hope assembled boards are never released - it forces people to learn the fundamentals of what they're doing.

I've done almost no surface mount soldering before and have always wanted to play with USB so the Facedancer was a perfect project for me. Although I don't have much use for the GoodFET, two were generously included within my shipment, so I ordered the spare components and built them too. 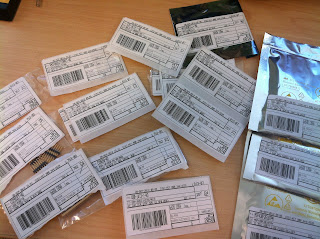 Both the Facedancer and GoodFET include a parts list on their description pages but when you go to order them from any supplier, you'll quickly realize there are a seemingly endless combination of options to choose from. After spending some time putting together an actual order, I jumped on #goodfet and asked for a little help. Luckily the channel is populated with hardware rock stars like Michael Ossmann and dragorn who were kind enough to help redefine my order, pointing out corrections to the online parts list that weren't published yet and alternate crystal options. Throughout the entire assembly process, these two defied standard irc help channel etiquette by offering extremely useful tips and troubleshooting suggestions - These guys ROCK!

In the end, here's the detailed part list I used. Everything was ordered from DigiKey, since that's were I bought my first 6.5535MHz crystal. I made a reddit post, just in case you want to add any updates.

Note: Although the 18pF capacitor might be a good capacitor, it is not ideal for the chosen crystal so the 27pF cap was chosen

Here's a list of tools I used to put it all together. Hopefully you have most of these already:

I wanted to try out the hot plate reflow technique because it looked really easy and seemed like a fun way to get everything done quickly. I also came across another great blog post showing how someone else used it for an earlier GoodFET, which helped me make my decision.

Here's a quick video I put together showing the process:

Overall, I feel like hotplate reflow is cool but I don't know that it was really needed. I sort of cheated by running a super thin line of paste down across all of the pads on the PCB rather then being more precise with a toothpick. Since the paste didn't flow smoothly out of the syringe, I ended up getting uneven globs which eventually turned into bridges once the reflow completed. To fix the bridges, I ended up drag soldering (which is one of the most popular ways to hand solder surface mount components) so I could have probably just skipped the hotplate entirely. Also, the hotplate temperature is pretty hard to control, after completing the first board it took a long time for the plate to decrease in temperature, I got impatient and threw on the next board which put me pretty close to frying everything.

For future projects, I'll be drag soldering my surface mount components. It's just plain easy. Turn your soldering iron to about 725F, place the component, apply a generous amount of flux, tack down one pin to hold everything in place then semi-slowly drag the iron over multiple pins. The solder will hop from pin to pin leaving just enough to hold the part in place. This is an awesome video by Curious Inventor demonstrating the method:

Once I had everything assembled, I connected it to my system and discovered the FT232R chip was not being recognized. I used the audible continuity tester on my multimeter to debug the issue. Starting from the host side USB connector, I tested the paths between the connector and the FTDI input pins which quickly revealed I had a small solder bridge. I used a some flux with the desoldering braid to clean it up and then drag soldered it a little more to make sure I had a good joint.

After that I gave everything a close inspection under magnification again and noticed a couple more tiny bridges. As I removed them, I accidentally broke one of the pins off of the MSP430. Normally this would be an issue, but since the pin wasn't used, it was ok to leave it alone. I reconnected the Facedancer to my computer and it worked! 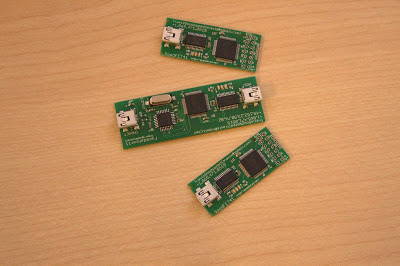 Once everything is assembled on the Facedancer, connect the host side to your system. dmesg should show a similar set of logs:

Next you'll need to install the prerequisites, download all of the supporting code from the SVN server, and build the client

You can define the board you're using via the board environment variable. I tend to use different boards so I'll specify it on the command line. It's recommended that you first backup the info flash (be sure to store it in info.txt) from the board before installing the firmware, to do so:

Now we can install the firmware:

Once everything has completed, just run a quick test to make sure nothing is broken!

Looks like everything is working. Now you'll need to dig throw a lot of python, the USB specifications and blog posts to do some awesome USB hacks. This is a great place to start: