Bring Your Own Device (BYOD) has been a hot topic over the last two years as organizations begin to permit employees to bring personally owned mobile devices (such as laptops, tablets, and smart phones) to their workplace, and let them use those devices to access the corporate network and sensitive information on it.

Businesses usually get some advantage with this program, as the cost for acquiring device is already born by the user/employee which may save companies a lot of money. Other benefits are increased productivity efficiency and the ability to work remotely.

Risks and vulnerabilities also increase when end user devices come in picture on an already hardened and secure network. Company has control over the issued corporate owned devices and has necessary security mechanisms in place. Implementing security technologies and defining an acceptable use policy for user owned device is not an easy task. It is pretty hard for an “IT guy” to tell the end user what to do and what not to do on their swanky phones, tablets and laptops.

Some of the common risks associated with BYOD program:

What risks do you see around BYOD? Let us know in the comments below!

Posted by Unknown at 9:30 AM No comments:

By Mateo Martinez and Melissa Augustine.

CVE-2014-0160 also known as the "Heartbleed Bug", is a serious vulnerability in OpenSSL, one of the most widely used cryptographic libraries. This bug has been present in OpenSSL since March 14, 2012 with the release of version 1.0.1 and specifically affects OpenSSL's implementation of the TLS/DTLS protocols.

To summarize, Heartbleed allows anyone to read the memory of a system running services that use OpenSSL for TLS/DTLS.

TLS/DTLS leverage “hearbeat”, or “keep alive” messages once a session is established to let hosts know that a connection is still needed and active. Here is an example of a normal heartbeat that occurs after the initial SSL connection has already taken place.

OpenSSL implemented this heartbeat in a way that allowed the user to TELL the server how much data it wanted to echo back. A client can request up to 64k of memory per heartbeat. Stored within the memory can be anything processed by the service, including usernames, passwords, and private keys.

OpenSSL versions 1.0.1 through 1.0.1f are vulnerable and the fix was implemented in version 1.0.1g. The blanket recommendation is to apply the patch and change passwords. It is important as a user to ensure whatever application you are using has already implemented the patch before changing your passwords; otherwise your new password may still be susceptible to attack.

How do you tell if someone has used the attack against you in the past? Well, that’s the tricky part - this bug was unknown for a long time, so prior to its release no sensors or products would detect it occuring. If you maintain network captures for your network, you may be able to query that data and look for a signature.. but there is nothing left on the server side that would be an indicator it was being exploited.

Now that the attack has been publicly disclosed, there are now a multitude of detection mechanisms in place to alert administrators of a Heartbleed attack (including Snort, Tripwire, and Honeypot scripts) .

There are a ton of ways to test for Heartbleed - McAfee has released a Heartbleed Checker tool, there is a metasploit module, and even a nmap nse script. We'll cover the nmap script here.

Checking HeartBleed with NMAP is a painless process. Firstly you'll need to download the script and place it in the default NSE folder (/usr/share/nmap/scripts)

Next download the TLS library to the nselib folder:

Now make sure nmap has updated it script db:

And you're ready to roll! To test a specific URL you can run:

To test a range of hosts you can use:

The WebView class is one of the most powerful classes and it renders web pages like a normal browser. Applications can interact with WebView by adding a hook, monitoring changes being made, add JavaScript, etc. Even though this seems like a great feature; it brings in security loopholes if not used with caution. Since WebView can be customized, it creates the opportunity to break out of the sandbox and bypass the same origin policy.

Hence to implement secure usage of WebView follow the below mentioned solutions:

By The Foundstone Strategic Services Team. 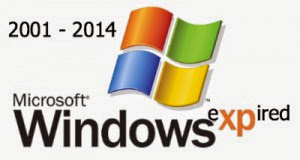 The United States Department of Health and Human Services (HHS) has stated that the “Security Rule does not specify minimum requirements for personal computer operating systems”. Microsoft’s own Windows XP enterprise end of support website points readers directly to the Health and Human Services (HHS) Security Rule guidance on operating system requirements for the personal computer systems used by a covered entity. The HHS guidance covers a situation such as Windows XP End of Support(EoS) when it states that:

HHS guidance explicitly addresses the security compliance that an operating system provides when it states:

“the security capabilities of the operating system may be used to comply with technical safeguards standards and implementation specifications such as audit controls, unique user identification, integrity, person or entity authentication, or transmission security.”

It is clear that an unsupported operating system will need to have significant technical safeguards deployed and configured properly to reduce the risk of exploitation of the unsupported operating system. Application whitelisting programs used to be considered an optional technical security control, but as the nature of networks and applications changed, application whitelisting programs moved past being a “best practice” years ago. It is now considered both a basic and standard security control. When configured properly, these programs can arguably be the strongest component of operating system defense in depth. It can protect against the deliberate or inadvertent exploitation of operating system vulnerabilities, regardless of whether the workstation activity is performed by authorized users, unauthorized users, or malware. Application whitelisting programs have been identified as the first of the five “Quick Wins” in the Top 20 Security Controls – these are the sub-controls that have the most immediate impact on preventing attacks.

These programs offer a range of features that significantly reduces the attack surfaces that threats are actively attempting to exploit. Risk is reduced because there is much less opportunity to deliberately or unintentionally exploit potential weak spots or vulnerabilities. The abilities of application white-listing programs to limit, disable, or restrict access makes it a significant part of defense in depth best practices for all operating systems, including Windows XP as it becomes unsupported.

We'll focus on the feature set of McAfee's Application Control since this is most available to us, but most other feature rich whitelisting applications should contain similar functionality. If you're unsure if all of these items are addressed with the particular program you're evaluating, reach out to the vendor or conduct your own analysis

Achieving compliance with the Security Rule while continuing to use Windows XP will involve documenting your risk analysis and using reasonable and appropriate technical safeguards such as application white listing to reduce the likelihood that threats can exploit vulnerabilities.

For environments where there is a need to comply with the Centers for Medicare & Medicaid Services (CMS) requirements which involve NIST 800-53 standards, Application whitelisting programs support meeting these NIST control family standards;

CMS has also referenced the Top 20 Critical Security Controls (now maintained by The Council on CyberSecurity). The latest version of the Top 20 (Critical Controls Version 5.0) continues identifying application whitelisting as the first of five “Quick Wins”; these are the sub-controls that have the most immediate impact on preventing attacks.

*Image above was borrowed from here

Posted by Unknown at 9:36 AM No comments: